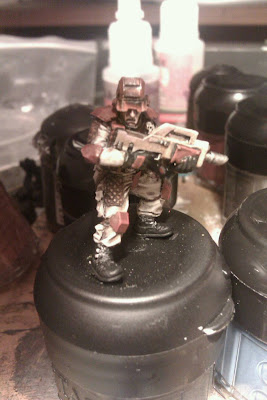 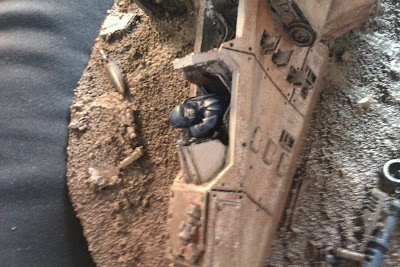 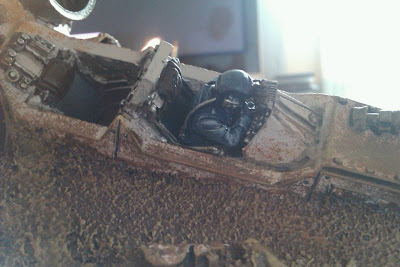 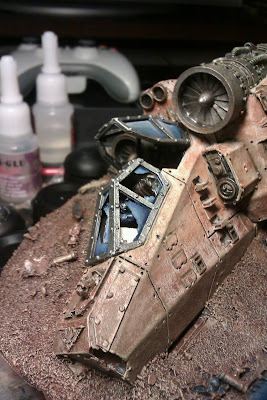 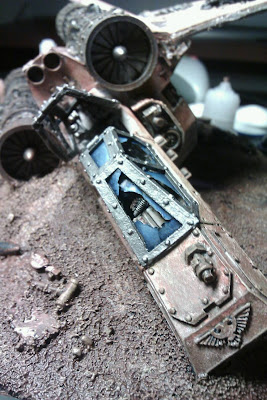 After last weeks discussion with Kristian I decided to glue shoulderpads on all my infantry. Now my sixth Elysian is painted. Just the base left to do on this fellow.

But Yesterdays big project were the crashed Valkyrie. I believe it's a bit strange that there's no dead pilot included.
Lucky me I didn't use the driver from my Minotaur so he got a complete new purpose as a dead pilot. His arms were to fat so I had to use arms from Death Korps.

The windows on the cockpit is not supposed to be there. It's the work of to much resin when they mold the cockpit frame. I chose not to remove it, wanted the crashed window look. Sad to say but now it's almost impossible to see the pilot.
But know he's there!
Published with Blogger-droid v1.6.7
Upplagd av johan kl. 16:23