The Assault Of Nortan 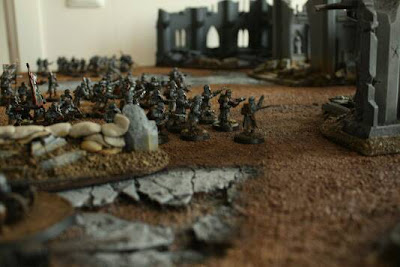 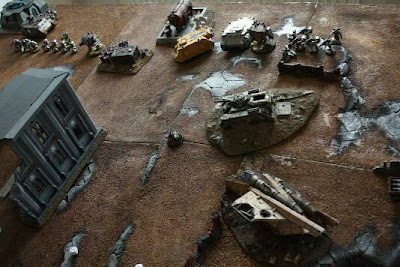 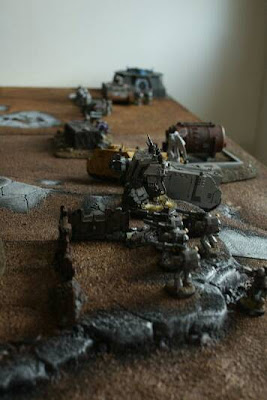 In the city of Nortan the Imperial forces has a big ammo factory which is of great value. It is producing both shells for barrage weapons and tanks, but also smaller weapons like guns and pistols.


Unfortunately the evil forces of Chaos did realized the advantage of controlling the factory and decided to assault it.

The factory was guarded by a small army of Death Korps of Krieg (1500p) and the Chaos Spacesmarines succeeded to make an surprise attack. The guarsmen died like flies and turn two the good general were doubting there ability to win.


This was when something marvelous happened. The Emperor smiled from his golden throne. Like flipping a coin everything changed. The Chaos forces started to make mistakes and the Death Korps general did everything correct.

And don't forget luck, oh my!

The marines failed the leadership and a single Deathrider survived just by his invulnerable save (6+) on two dice.


The fight became super exiting and fun. To be honest I thought of throwing in the towel in turn two. I did a million beginners-mistakes, then all of a sudden I remembered how to play a good game of 40k. Thank's to good luck and four perfect rounds the forces of good is still controlling the factory.