Death Korps of Krieg VS Orks 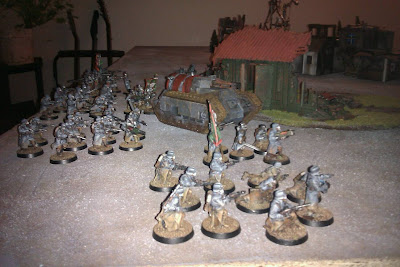 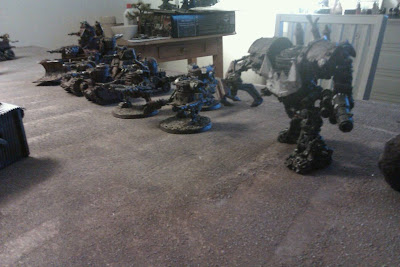 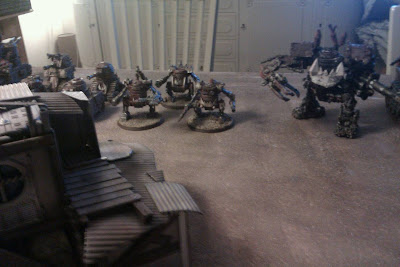 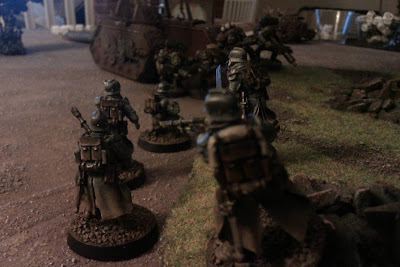 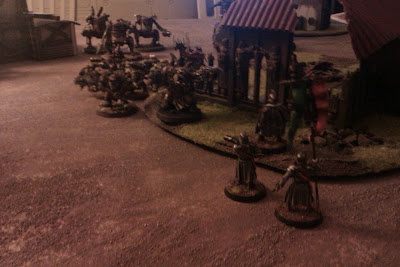 Nicklas had found a campaign on Games Workshops homepage that he challenged me to play. It sounded really fun since I haven't played so much lately.

First up was a thousand points of killpoint battle were the winner gets fifty extra points for each killpoint that he wins with.

My intention was to surprise those filthy greenskins and bring my Manticor to the action. On the subway over I realized when I was reading the Death Korps Siege Regiment Rules, the Manticor was not there.

So instead I chose to use my Hellhound (greenskins are flammable). Now I found out my second mistake, I had forgotten my autocannons.

Nicklas had the first round. He placed his troops all over the field witch I thought would be in my favor (now I know better). I did the opposite, I gathered my men in one corner since I wanted maximum use of my officers orders and leadership.
Not a bad thought since I had four failed leadership test the first round witch I could rerolled thanks to my regiment standard.
My officers screamed out there orders but nobody seemed to listen. The orders were drowning in gunshots and roaring orks, first rank second rank and bring that down did not succeed until turn four and by then it was already to late.
Almost all my men had been killed and the ones that still were alive did every thing in there power to bring down as many foes as they could.

This night the Emperors attention were somewhere else. I was alone, sad and cold.
I lost eight against three witch gives Nicklas 250points in a game later in the campaign.
After all, I had fun. I admit that I was furious at the darn dice that never wanted the same as me. But that's the way it can go. Please, Nicklas, throw the dice in to the fridge they don't deserve better.
Published with Blogger-droid v1.6.7
Upplagd av johan kl. 20:14