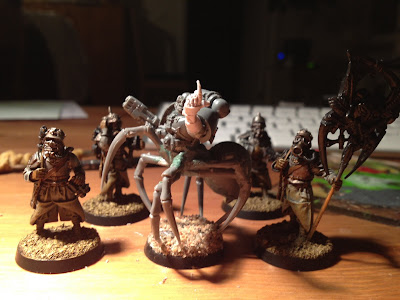 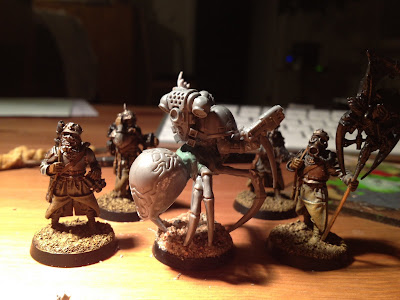 My commander did turn out to be something of a monster. I've always wanted a spider marine, ever since I've first read the Soul Drinkers and their Librarian, Sarpedon.
This also gives way for expanding the army with other marines later on, for use with Apocalypse.

Why spiders you might ask? Because they are cool and the symbol of Chaos is an eight pointed star. How many legs does a spider have? Perfect for representing the pure forces of Chaos!
I'm still going with stars on tanks and the like, but the spider will be a large part of the symbolism throughout the army. And later, if we're lucky, that magnificent piece of monster, Arachnarok, might rise amongst the foot soldiers of the Chosen. Or Sons of The First Light, and their spider god.