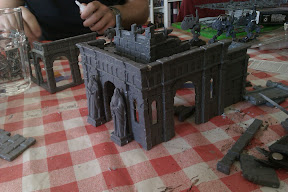 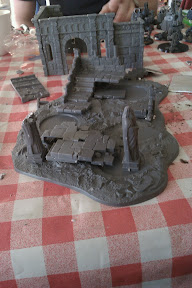 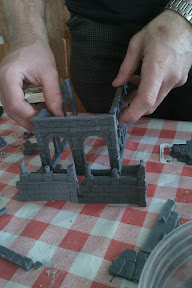 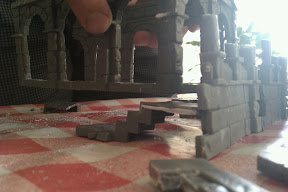 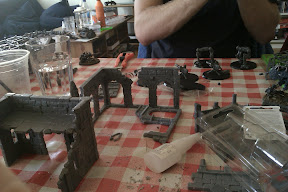 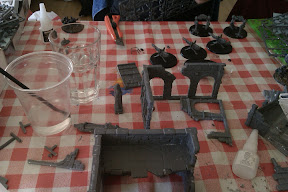 It's not names of two Decepticons, though it could be (I'm looking at you Michael Bay!)
No, yesterday saw one more fight against Anders' Cadians and some building of models, hence the title.
First up, the fight, which was a massive slaughter of the poor almost defenseless guardsmen. The Uplifting Primer states that their armour proves more than a match for Tau weaponry, I proved that to be false.
Solid victory for the Greater Good, once again!

After the fight we went for a stroll to Ye olde Gee-dubb for some more plastics and glue and I picked up some more of those lovely Ruins of Osgiliath. It is one of the best plastic kits that GW has released, in my somewhat divine opinion. It's not the best sculpted or the best priced (especially since you need atleast two or three boxes to make a decent sized house) but it is a piece of scenery that's not overworked with ugly detailing and crap. And, with a saw and some glue, very modular. It also works with any gaming system if what you want is an old ruin... which I do.
It's a damned good kit, all in all.
And I can't wait to play Cities of Death in an ancient ruined city!

The pics are mostly mock ups and not finished products. See them for what they can be.